How Quick Are You Gonna Get Up? 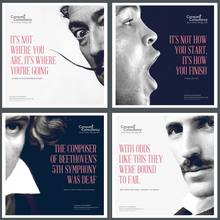 This week we ran a series of images on our Instagram platform. This was to showcase that even in times of adversity businesses and people can find an inner strength to get back up, even when they feel at their lowest.

Our inspiration came from a song by the band The Hours entitled ‘Ali in the Jungle’. Music can be enjoyed by the masses whether it be bashing a pan on a Thursday night, bashing that same pan to make a rhythm to rap to, singing in the shower to yourself or singing to an audience. We as humans can make music from anything – an amazing talent.

In history there have been many figures that continue to inspire us all, long after their deaths. We think that is a huge accolade to their memory. The inspirational figures that we have displayed have shown versatility in life and work, never getting knocked down by what life has thrown at them. 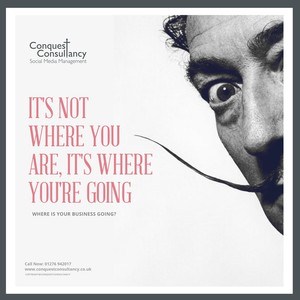 Our first image is of Salvador Dali, an artist from the Surrealist era. Dali was born in the shadow of an older brother, born by the same name 9 months earlier who died at birth. At 19 years old he was expelled from San Fernando Academy of Art in Madrid yet went on to become one the most famous artists of this movement. 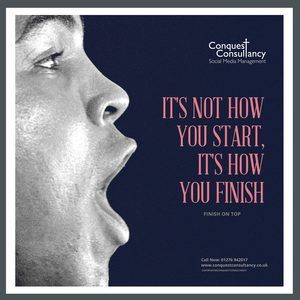 The second image depicted Muhammad Ali who, in 1974, challenged an ‘undefeated’ heavyweight champion in George Foreman. The odds were undeniably stacked against him with his opponent being considerably younger and stronger than he. With a 1 billion viewer audience worldwide, he delivered a knock-out blow to the champion in the eighth round. This sporting event has been dubbed “arguably the greatest sporting event of the 20th century”. 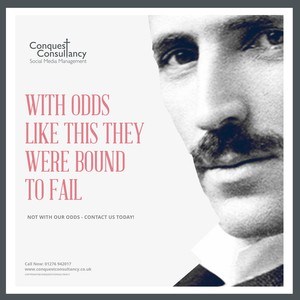 Nikola Tesla, possibly a name not as famous as his counterparts at the time in electrical development. This man is named by the Encyclopaedia Britannica as one of the top ten most fascinating people in history. An exceptional inventor and innovator he worked tirelessly on electrical systems, the likes of the AC power system that is still used to this day in some devices. 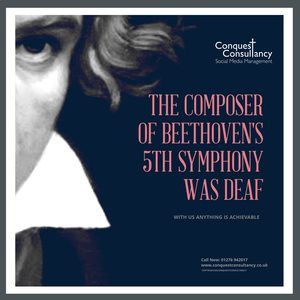 Beethoven finishes our series. Who better than one of the most influential composers in history? As a young boy he grew up learning to play instruments under the watchful eye of an abusive father. He made his first public performance at 7, however life delivered him the ultimate blow at 26 when he started losing his hearing. Not deterred he composed some of his greatest works after this period – notably his 5th Symphony.

So… Just how quick are you gonna get up?

Previous Post Why Should You Continue Social Media Marketing During COVID-19 Next Post Creating a Buzz for World Bee Day!