End of the road for Google+ 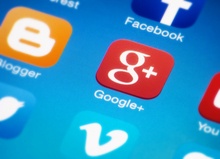 Last year Google announced it was to shut down the consumer version of Google+, its failed social network. Until now, however the exact date of it’s cessation wasn’t known. Yesterday it was announced by the tech giant that date would be 02 April 2019.

On this date, Google will start deleting all content, including Google+ pages, photos and videos and everything else on the platform. If you were one of it’s users, now is the time to download the data you posted should you wish to keep it. If you use Google+ for your business you will still be able to use it for the foreseeable future. At this time it is only  the consumer version that is closing, along with all Google+ APIs.

So, another social network and one that was once Google’s dream of taking on Facebook & Twitter confined to history.  Google+ was  launched in June 2011. It’s features included the ability to post photos and status updates to the users stream or interest-based communities, group different types of relationships into “Circles” along with a multi-person instant messaging, text and video chat called Hangouts, events, location tagging, and the ability to edit and upload photos to albums based in the cloud. When news broke of it’s intention to close Google cited low user engagement and software design flaws that potentially allowed outside developers access to personal information of millions of users.

Will Google make a 5th attempt in to the world of social networking? We’ll just have to wait and see!